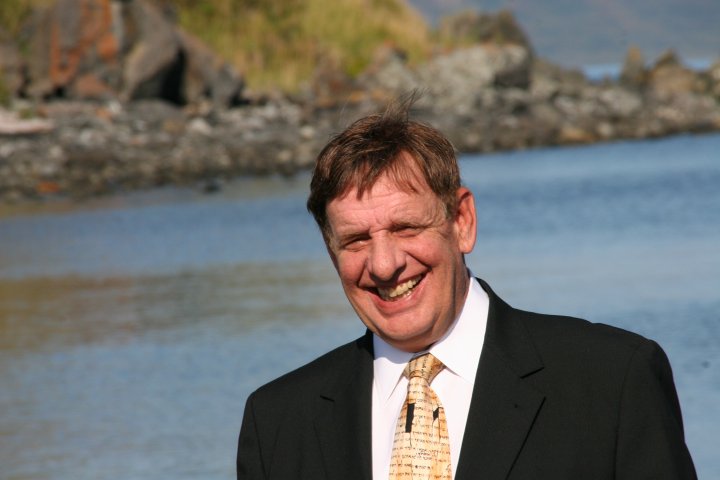 Dr. Weston W. Fields grew up in Kodiak, Alaska. After earning his BA from Faith Baptist Bible College, he went on to earn an M.Div, Th.M. and a Th.D. From Grace Theological Seminary, in Winona Lake, Indiana. Dr. Fields taught at Grace College and Theological Seminary for ten years before moving to Jerusalem Israel to work on a Ph.D. in Hebrew Bible at the Hebrew University. Dr. Fields also taught at the Institute of Holy Land Studies (now called Jerusalem University College) for seven years. All during this period, and up to the present day, Dr. Fields has divided his time between scholarship and helping oversee a family business on Kodiak Island, fishing commercially for salmon.

Starting in 1991 Dr. Fields has been the Executive Director of the Dead Sea Scrolls Foundation, during a period which saw the completion of the series from Oxford University Press publishing the Dead Sea Scrolls, called “Discoveries in the Judaean Desert”. This encyclopedic series is now complete with 40 volumes.

Dr. Fields’ current work includes writing The Dead Sea Scrolls, a Full History (Vol. 1, Brill; Vols. 2-3 forthcoming). Since 1999 he has traveled extensively in the Middle East, Europe and the United States in order to interview everyone from the first generation of scholars then alive, including those who discovered scrolls in the 1950’s or were the first to examine and reconstruct them. As a result of these personal meetings he has amassed a large and diverse collection of personal letters, papers, and archives related to the first scrolls scholars, especially the famous Qumran Cave 4 Team. 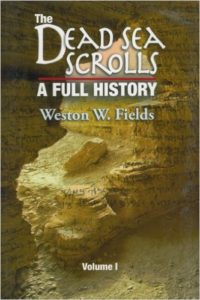 The history of the discovery of the scrolls is full of intrigue and mystery. Follow this breath-taking journey with colorful characters as the Dead Sea Scrolls are first discovered and then fall into different hands during the Israeli war of independence and afterwards.
Buy this as an e-book
Buy this book 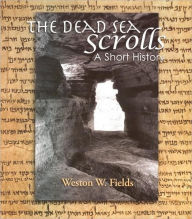 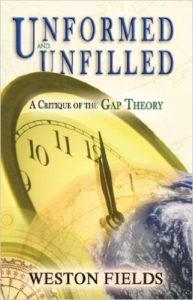 - A critique of the gap theory

This textual study of the beginning of Genesis considers whether there is any biblical support for the Gap Theory (also known as Gap creationism). Dr. Fields concludes that the original Hebrew language does not support such an interpretation.
Buy this book 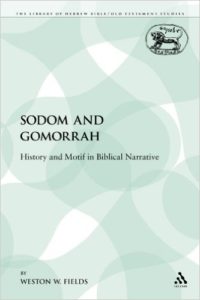 - History and Motif in Biblical Narrative

According to Fields, biblical narrative is didactic socio-religious commentary on human experience, reflected in 'history', and that such 'history' is a way of describing the conceptual universe of the ancient authors. Biblical narrative is strikingly free of abstract formulations but encapsulates abstract reflections, within recurring literary motifs, and by the reporting of 'historical information'. This perception of biblical narrative is strikingly illustrated by an analysis of the story of Sodom and Gomorrah (Genesis 19). The motifs of the Sodom tradition are compared with those in the stories about the concubine in Gibeah (Judges 19) and about the destruction of Jericho (Joshua 2).
Buy on Amazon 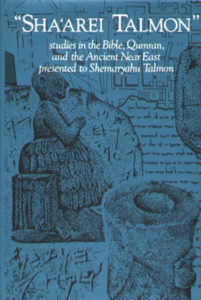 Studies in the Bible, Qumran, and Ancient Near East Presented to Shemaryahu Talmon

Edited by Michael Fishbane and Emanuel Tov with the assistance of Weston W. Fields Offered in celebration of Talmon's half-century of life and study in Israel, the essays in this Festschrift reflect Talmon's lifelong interest in all phases of biblical and related study. Also included is a comprehensive listing of Talmon's published writings.
Buy this book 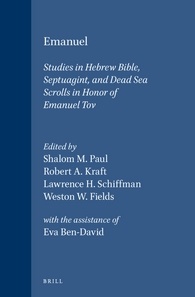 This volume honors the lifetime of scholarly contribution and leadership of Professor Emanuel Tov, Judah L. Magnes professor of Bible at the Department of Bible, the Hebrew University of Jerusalem. Colleagues from all over the world have contributed significant studies in the three areas of Tov’s primary interest and expertise: the Hebrew Bible, its Greek translations, and the Dead Sea Scrolls. This Festschrift is a fitting tribute to one of the generation’s leading scholars, whose dedicated efforts as editor-in-chief have brought about the complete publication of the Dead Sea Scrolls.
Buy this book